As you’re probably already aware, there are lots of different types of juicers out there. And, if you’re anything like me, you might have also noticed that they all have rather cryptic and obtuse names. I mean how many people have used the words centrifugal, masticating or triturating before getting involved with juicers? I certainly hadn’t, I wasn’t even really sure what they meant.

So let’s do a quick easy to understand rundown of these three common juicer types, the differences between them, and what to look for when choosing the best juicer for you.

Centrifugals are the most widely available and most commonly used type of juicer, but if you asked me to define centrifugal force before my juicing years, I’d just at you with a blank gaze. I guess I didn’t pay much attention in school. Officially, the definition is:

n. The apparent force, equal and opposite to the centripetal force, drawing a rotating body away from the center of rotation, caused by the inertia of the body.

What does this mean in juicing terms? Simply put, it spins shredded up fruit and vegetables at such a high RPM (rotations per minute) that they’re squished against the sides of the filter, extracting the juice out of them. Have you ever gone on one of those show rides where you stand against a wall and the ride spins you around so fast that you can go upside down on the wall? Same thing, bust easy mode compared to what the poor fruit goes through.

Anyway, this design gives centrifugal juicers a big advantage vs masticating ones in terms of speed. Not only in their high RPM, but also because many centrifugal juicers, such as the entire Breville range, have extra wide chutes to drop produce straight in. It all happens so fast that a whole apple can be juiced in less time that it would take to even cut it into acceptable sized chunks for a masticating juicer.

Take into consideration what you will be juicing the most, however, as while centrifugal juicers excel at harder produce like apples and carrots, they’re less efficient for softer produce, like leafy greens such as spinach and kale, and especially wheatgrass. If this is important then the best centrifugal juicer for you will likely be one with multiple speed settings – lower RPM is actually better for soft produce. Alternatively, consider masticating (single gear) or twin gear juicers instead.

The nutritional impact of this speed is also a matter of heavy debate, but as long as you drink your juice soon after extraction the difference has been shown to be minimal.

Centrifugal force is more fun for humans than fruit

Yep, that’s it. Pretty straight forward now isn’t it? Just if you’re picturing a juicer with teeth chewing fruit, stop. That’s just silly. No, it chews through produce with a single gear (aka an auger, another word I never heard of before juicers!) that breaks up the plant fibers. This is a much slower, but more thorough process than centrifugal force.

This also means that produce is exposed to pretty much no heat compared to centrifugal juicers, which gives these their other name – cold press juicers. They’re very efficient at not only extracting juice, but also the vitamins, minerals and other goodies that go with it.

Masticating juicers are very versatile. They can juice pretty much anything efficiently, as their slow speed is actually a strength when it comes to leafy greens like spinach and kale – and even wheatgrass – depending on the model. And they can do things you wouldn’t even normally think of, like some Omega masticating juicers can make nut butters, pates, baby food – even pasta.

Upright masticating juicers take this efficient design even further and put produce through a second pressing stage to extract every last drop and leave almost dry pulp behind.

Choosing the best masticating juicer for you will likely come down to your budget. The cheapest models are still quite a bit more expensive than centrifugal juicers and it goes up sharply from there. This, along with their slow speed and often small chutes, are the design’s main downfalls. Well, besides them somehow being named five different terms, just to confuse people.

Yep, another hard word. What else were you expecting? First, on with the formal definition. To triturate is:

v. To rub, crush, grind, or pound into fine particles or a powder.

Or juice, in our case. Yes, triturating juicers use their twin gears (augers) to grind produce in between them into oblivion. These take a lot of the principals of masticating juicers, and take them to the extreme.

Triturating juicers grind away at produce at an even slower RPM, so are, uh, slower. But with that comes even more thorough juice (and nutrient) extraction, with the pure force of the gears breaking down fruit and vegetable cell walls for every last vitamin, enzyme and trace mineral. And even less juice oxidation – you can potentially store triturating juicer-made juice for a couple days without losing too much nutrient content.

They produce pulp that is literally dry to the touch in many cases. In terms of juicing efficiency they can’t be beaten, no matter what produce -spinach and kale is easy for these machines. They’re also as versatile as masticating juicers and can make a variety of non-juice products. Even for things such as wheatgrass, they’ll probably extract more juice than a cheaper juicer made specifically for wheatgrass.

Of course where they can’t win is in price – they cost a lot. Super Angel are one of the highest regarded triturating twin gear juicers and cost upward of $1000.

Twin gears for a triturating juicer

Well, these are the three main types of juicers. Take into consideration your budget, your time requirements, and the main produce you will be juicing when it comes to finding which juicer is best for you. There are several more juicer types that are designed specifically for one purpose, such as wheatgrass juicers or citrus juicers. But we’ll go into those another time.

Any questions? Let me know below. 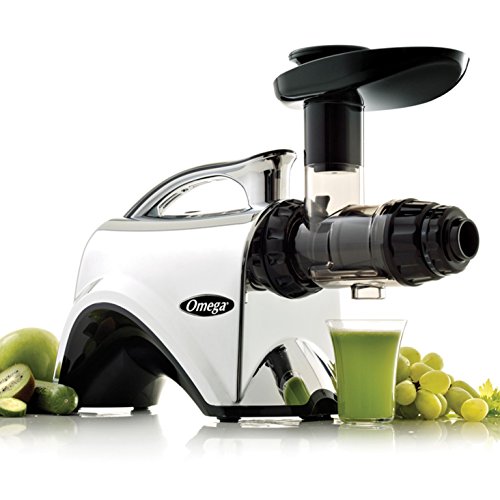 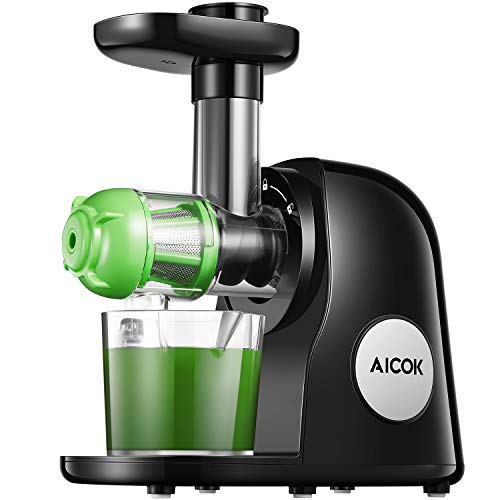 Five Things you Need to Know About Juicing For Health

The Health Benefits Of Beetroot Juice